Why Constantine should matter to each Christian

I feel that every Christian should read Constantine’s Creed.

In a way, Constantine was the founder of “Christianity”

“I renounce all customs, rites, legalisms, unleavened breads and sacrifices of lambs of the Hebrews, and all the other feasts of the Hebrews, sacrifices, prayers, aspirations, purifications, sanctifications, and propitiations, and fasts and new moons, and Sabbaths, and superstitions, and hymns and chants, and observances and synagogues. absolutely everything Jewish, every Law, rite and custom and if afterwards I shall wish to deny and return to Jewish superstition, or shall be found eating with Jews, or feasting with them, or secretly conversing and condemning the Christian religion instead of openly confuting them and condemning their vain faith, then let the trembling of Cain and the leprosy of Gehazi cleave to me, as well as the legal punishments to which I acknowledge myself liable. And may I be an anathema in the world to come, and may my soul be set down with Satan and the devils.” 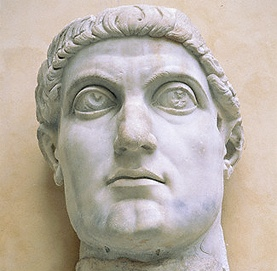 Furthermore, any follower of the “Jewish Rabbi” (Rebbe Yeshua) who wished to join this “holy community” was compelled to adopt a different set of rules and customs. Subsequently special creeds were drafted, to which the Christian would have to swear such as:


“I accept all customs, rites, legalism, and feasts of the Romans, sacrifices. Prayers, purifications with water, sanctifications by Pontificus Maxmus (high priests of Rome), propitiations, and feasts, and the New Sabbath “So! dei” (day of the Sun, ), all new chants and observances, and all the foods and drinks of the Romans. In other words, I absolutely accept everything Roman, every new law, rite and custom, of Rome, and the New Roman Religion.”

Additionally, in approximately 365 AD, the Council of Laodicea wrote, in one of their canons:


“Christians must not judaize by resting on the Sabbath, but must work on that day. Rather, honoring the Lord’s Day. But if any shall be found to be Judaizers, let them be anathema (against) from Christ”.

Note: Protestants are included as they still observe the holidays and sabbath of Rome, as in “are you going to church this coming Lord’s day”.


He set up an image of Zeus in the Temple which was the Abomination of Desolation spoken of in Daniel 11. For 3 years, he continued to desecrate the Temple.

These were the new laws that Antiochus set up:

3 years and 2 months later, the Temple was taken back and rededicated. This is known as the Feast of Dedication, or Festival of Lights, or Hanukkah.

What’s really ironic…..these laws were created by an antichrist Antiochus, and are the same things Constantine would later repeat and this is what people want to live by today. Totally going against God’s Word. People today are living under laws created by Antiochus and Constantine; an antichrist. 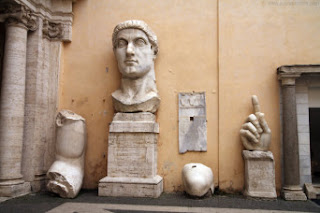 Despite the fact that Yeshua (Jesus) clearly stated that He did not come to abolish Torah, but to fulfill (pleroo in Hebrew, meaning TEACH), most Christians believe the opposite.

They choose to believe pork, cockroaches, hearts and testicles, etc. can be eaten,
that shopping and working on Sabbath is okay, because according to them, there is no Sabbath,
that the feasts of YHWH are not to be celebrated and most don’t even know the 7 Feasts, yet, they know the pagan feasts and celebrate them,
they believe that circumcision are for the Jews, and actually, so are all the law (Torah), where YHWH clearly said there is ONE set of rules (One Torah) for all.

And if we study this out for ourselves, we learn that Yeshua is the Word made flesh. He is the living Torah. He is the only Way to Father. There is only one Yeshua, and One Way.
They choose to live by the pagan calendar and most don’t even know that our Creator God has a Name!

Yet, these same Christians believe that homosexuality, bestiality and incest are sin, whereas 1 John 3:4 clearly says that sinning is breaking Torah (the law). We cannot pick & choose which law… there is only One, the complete one. As David said in Psalms, the Torah is perfect, it is light, the Way, Truth, Life… He was describing YHWH’s instructions, and pointing to Yeshua, Who taught us how to keep it.

Yeshua took our past sin upon Him, and became the sacrifice for our ignorant sin, but Hebrews 10:26 tells us that if we keep on sinning after we have learned the truth, there will be no sacrifice (no Yeshua, no salvation – Yeshua meaning YHWH is salvation) for us.


Whose laws are most Christians keeping and what are they “taught” in “church”?